Understanding the Social Footprint of Monetary Policy in Pakistan

“Economy”, as an academic discipline, is full of abstractions. This should be neither surprising nor is anything wrong with it. For a businessman, trader, or worker the economy is a context full of specific and concrete things: The price of cotton, the quality of a required commodity, the price of bread. For the economists the economy looks very different. For them it is a network of abstract relationships, where many factors influence each other and often are interdependent. Somehow, foreign debt, balance of payments, rate of inflation, or technological innovation are logically connected and cannot be analyzed properly in isolation. Each of these terms, and many others, are quite abstract and difficult to grasp for a non-expert. And one of the most abstract concepts of them is called “money”. Very few common people will be able to explain, what “money” really is, and how it should be defined. Everybody knows how to use it when shopping. It seems to be connected to the “value” of things, but how does this really work, and how can anyone compare the “value” of an apple to the “value” of a specific piece of textile?

As mentioned before, there is nothing wrong with abstractions, in academic analysis. Just the opposite: Without them we would never be able to grasp the complexities of our societies, and our economies. We desperately need them, if we want to understand the “food requirements” in some province or country, instead of the three tomatoes in front of us on the dinner table. But at the same time, sometimes the abstractions we need can blind us. Sometimes they make us forget that they are just tools of analysis, not realities. Especially in the world of economists there exists a habit of reifying the abstracts concepts they have to deal with, and disconnect them from the realities of societies. The outcome often is that the economy (and its academic discipline) are not longer understood as a tool to serve society and its people, like providing livelihood and comfort, but as their master. Achieving some target in regard to an abstract variable (e.g. balance of payment, foreign debt, exchange rate of the currency) which often has been set arbitrarily or according to some political intention, becomes a goal in itself, instead of the instrument of serving the material needs of society. Then, the economy has lost its way and becomes deified. In such case, society should serve some economic abstractions, instead of the other way around. In developing societies, where many people are poor and the gap between rich and poor is deepest, the effects will be worst. As empirical evidence shows in many countries, the poorer parts of society and sometimes the middle classes are paying the price for such policies.

Monetary policy is not just a case in point, but also a topic which for most people just looks too technical, too abstract to consider. Monetary policy is rarely debated in public, and even less in its consequences for the well-being of people. At the same time, it has a serious and often grave impact, in can influence the degree of poverty, it will benefit some groups of people and hurt others. But the social effects of monetary policy are hidden from the public, and they are rarely considered when decisions are taken. It is not an integral part of an economic policy to strengthen the development of a country – Pakistan – and further the well-being of the majority of its people. But it should be. 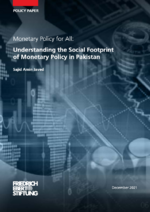 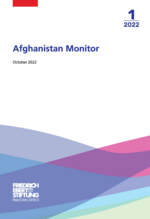 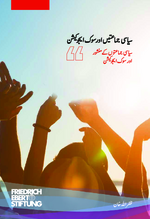